YOUNGSTOWN, OH – JAC Live is proud to present five-time Entertainer of the Year Luke Bryan as the headlining artist of Youngstown’s fourth annual Y-Live Event, now at Wean Park. Bryan will stop in downtown Youngstown as part of his “Raised Up Right” tour on July 16th with special guests Riley Green and Mitchell Tenpenny.

Y-Live 2022 will be held in Wean Park. Known as the front door to the City of Youngstown, Wean Park, is a community complex with over 20 acres of recreational green space making it the perfect location for this mega event. With the city skyline as the backdrop for this festival setup, Wean Park will be transformed into a concert venue that will stretch from the Covelli Centre to the Youngstown Foundation Amphitheatre. The never seen set up will include a mega stage and first-class production with reserved seating in front as well general admission lawn seating. There will be an abundance of available concession areas and convenient restroom locations through-out the site. Robust parking options will be available including all downtown parking facilities and parking lots on the campus of Youngstown State University with shuttle service provided.

“Y-Live continues to thrive because of the support it receives from our loyal sponsors and enthusiastic fans that show up year after year,” says JAC Live Vice President, Ken Bigley. JAC LIVE is a sister company of JAC Management Group, which manages all day-to-day operations of Wean Park. Bigley continues, “we are ecstatic to produce this event in the brand new Wean Park while located at the complex that we have considered home for the past 15 years in the heart of downtown Youngstown.”

Luke Bryan was previously scheduled to headline the event in June of 2020, and then again on the previously rescheduled date in May of 2021. “Luke Bryan and his team have stuck with us over the last two years and the time has come to welcome them to our hometown by packing the park like never before. They’ve been excited to play this event in Youngstown and We’re finally going to make that happen” notes JAC Live President, Eric Ryan.

Y-LIVE would not be possible without our presenting sponsors that include The DeBartolo Corporation, Huntington Bank, SERVPRO, Southwoods Health and Sweeney Chevrolet Buick GMC.

Ticketing: Tickets go on sale to the general public starting Friday, April 15th 2022 at 10 am. Tickets start at just $48.50. TICKETS CAN BE PURCHASED ONLINE ONLY AT TICKETMASTER.COM

ADVANCED PARKING CAN BE PURCHASED ONLINE ONLY AT TICKETMASTER.COM

Since his debut, Bryan has garnered 29 No. 1 hits and has more RIAA certified digital singles than any other Country artist with 68.5 million. His worldwide global streams are 17.2 billion and he has sold nearly 13 million albums. His headline concert tours have played sold-out shows for 12 million fans inclusive of 36 stadium concerts, Farm Tours, Spring Break shows, and seven sold-out ‘Crash My Playa’ destination concert events and he will launch the “Raised Up Right Tour” this summer. Bryan has won over 50 major music awards including five wins as Entertainer of the Year. His third and most recent Entertainer win was awarded by the Academy of Country Music in 2021. Additional awards include six recognitions as a CMT Artist of the Year, NSAI Artist/Songwriter of the Year, the first-ever recipient of the ACM Album of the Decade Award for Crash My Party, seven CMT Music Awards, five Billboard Music Awards, and four American Music Awards—as well as being named Billboard’s Top Country Artist of the 2010s, the Most Heard Artist of the Decade by Country Aircheck, and the Artist Humanitarian Recipient by the Country Radio Broadcasters last year. Also in 2021, IMDbTV, Amazon’s premium free streaming service, began airing his original five-part docuseries “Luke Bryan: My Dirt Road Diary.”

Bryan kicked off his headline residency at Resorts World Las Vegas in February with more shows added this summer. Go to axs.com for more details and tickets. “American Idol” recently premiered its fifth year on ABC, and celebrating its 20th year, as Bryan, Katy Perry and Lionel Richie return as celebrity judges. 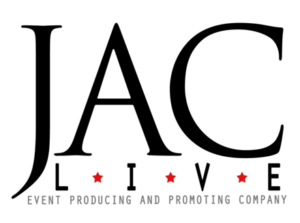 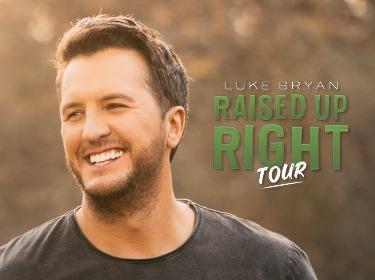